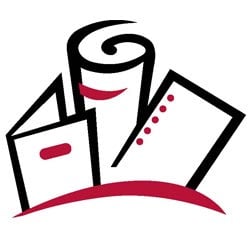 HILLSBORO, OR, July 15, 2010 – MyBinding.com, a leading Internet retailer of binding machinesand supplies, announced today that they’re carrying two brand new plastic comb binding machines from General Binding Corporation. The two new devices, the CombBind C12 and C20, were just released by the manufacturer and MyBinding.com is among the first retailers in the country to carry them.

“We’re really excited to be carrying the GBC CombBind C12 and C20,” said Jeff McRitchie, Director of Marketing for MyBinding.com. “These are state-of-the-art products that really speed up the binding process. And they also look great, almost more like a video game system than an office device. We’re confident out customers will love them.”

The CombBind C12 and C20 are supposed to replace three of GBC’s older comb binding machines: the C55, C75, and C110. All of those devices offered lower punching and binding capacities, and they weren’t as aesthetically pleasing. The C12 and C20 offer 20 to 30% more punching power than the older machines and are sleek and black for a modern look. They also feature low-profile comb teeth for easier operation, ergonomically friendly handles, and comb selector guides. The machines even have step-by-step instructions printed on them. McRitchie said the new products are ready to ship immediately.

“Both the C12 and C20 are already listed on our website and can be ordered right now,” said McRitchie. “They’re terrific improvements on the old GBC comb binding machines in both form and function. We’re incredibly proud to carry them on our site.”

MyBinding.com is a division of Information Management Services, LLC. The retailer has one of the largest selections of document finishing devices on the Internet including binding machines, laminators, and paper shredders. The company is located in Hillsboro, Oregon and also offers a wide selection of binding supplies such as covers, pre-punched paper, and plastic combs.

“GBC is known for making revolutionary products and they’ve done so again with the C12 and C20,” said McRitchie. “We’re certain these machines will be very successful just like the GBC devices that have come before them.”

If you’re interested in contacting MyBinding.com, they can be reached at 1-800-944-4573 and also via their website. They also maintain a blog which contains a wealth of information and is located at MyBindingBlog.com.