yBinding.com has always taken great pride in giving back to the community. This November, we had a chance to do so again by holding a food drive. We pledged to donate 2,500 pounds of food to the Oregon Food Bank which was a lofty goal. However, we were able to exceed this goal and ended up donating 2,621 pounds of food. How did we do it? We got creative in the following ways:

We made our donation to the Oregon Food Bank on November 23, the day before Thanksgiving. We delivered the food in a company van and the donation will be featured in the Oregon Food Bank’s upcoming newsletter. You can count on more charitable actions – and creativity! – from MyBinding.com in the future. 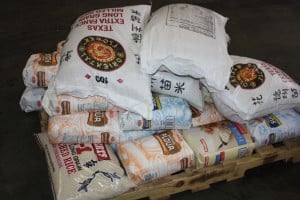 Some of the donations